(I am at an Internet cafe, and the keyboard at this computer has no apostrophe key, hence my lack of possessives and contractions in this post…so I am formal and refusing all ownership today…)

Three minutes walk from our house is a crumbling staircase that drops down into a deep, striking valley. Then again, everywhere we go in Cappadocia, we are either in or surrounded by deep, striking valleys–that, much like the American West, is the nature of the place. However, we are not becoming inured to the beauty and still find ourselves gasping at every dust mound, looming rock wall, ancient bit of handiwork, and hoodoo.

The other day, needing to get out of the house (this being our current biggest challenge), we packed up some food and headed down the staircase into the valley for a picnic. A secondary aim of the expedition was to find a tree suitable for hanging a swing from. Where a swing would come from, should we find such a tree, remained a project for another day.

Below are photos from our canyon walk and picnic. The most arresting aspect of the canyon–outside of the fact that Haakon is actually walking and in it (wearing tennis shoes, no less…and boy did we hear repeatedly how heavy they were)–are the thousands upon thousands of pigeon dovecotes carved into the stone, some so high up as to be reachable only through a hidden network of tunnels or handholds.  Many of these alcoves were brightly and intricately decorated–seemingly as a means of attracting the pigeons, expressing an artistic part of the culture, and exhibiting the Muslim reverence for birds.

The presence of pigeons and alcoves stretches back thousands of years and is ubiquitous in this volcanic region, where the turfaceous soil needs enrichment for anything to grow, and pigeon poo provided exactly the necessary nutrients while also having the side benefit of being a natural fertilizer that discourages weeds; only in the last few decades has the widespread use of pigeon guano for fertilizer ebbed and been replaced by commercial fertilizers.  Nowadays, many of those whose livelihood used to come from gathering and selling pigeon manure have had to seek out other sources of income, such as opening tea shops in the valleys where tourists hike and crane their necks up towards the now-defunct dovecotes. 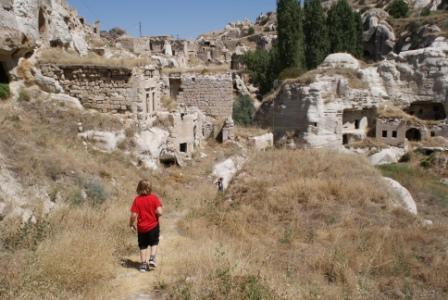 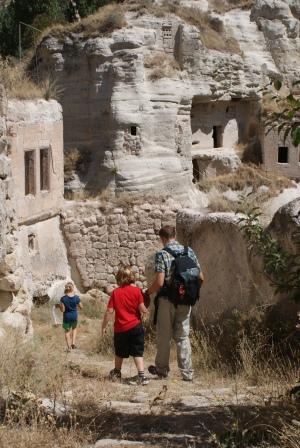 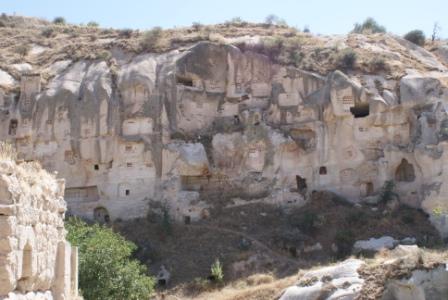 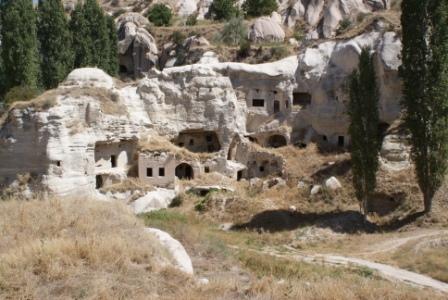 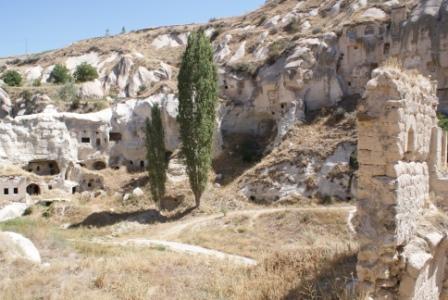 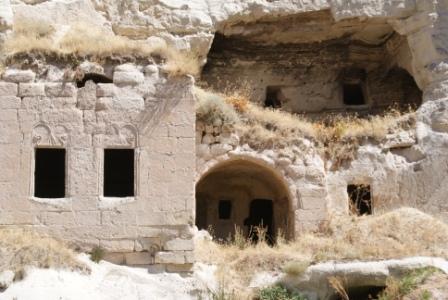 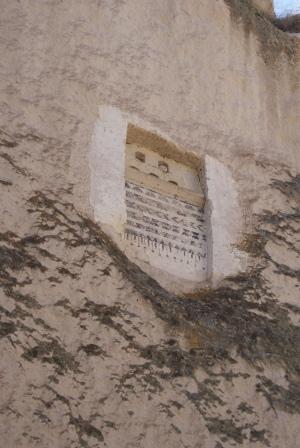 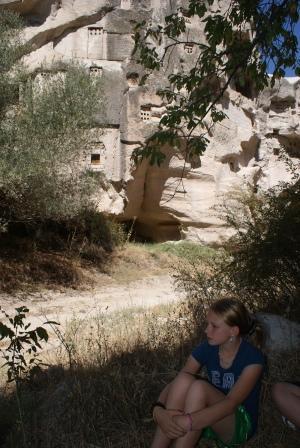 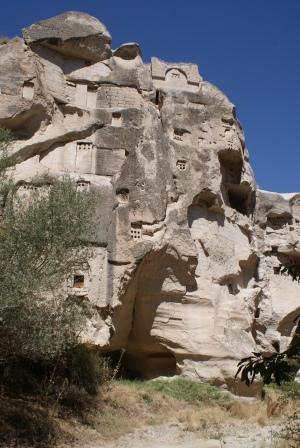 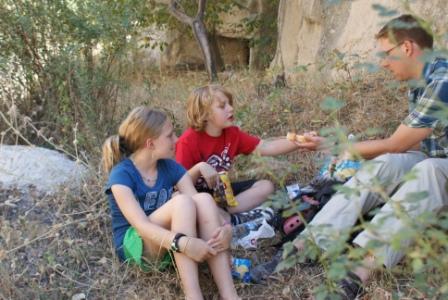