The bags are packed, the passports in easy reach. As we brace for the epic 27 (or so) hour journey back to Duluth, it seems fitting to look Turkey square in the face one last time and, reaching out slowly so as not to frighten it away, encircle it in a hearty, warm, teary, firm-to-the-point-of-vague-creepiness embrace.

Turkey, you have been wondrous. Staggering to the airplane under the welcome weight of your complexity, we are ready to forget your challenges with plumbing and, instead, shout out a hearty “way to go” when it comes to your:

–CONVERTIBLE COUCHES: while the U.S. favors sofa beds–those simultaneously hard-yet-saggy pull-outs that jam a metal bar into the user’s lumbar–Turkey offers up a delightful alternative with its comfortable couches that recline with a simple click; what’s more they feature a storage drawer underneath that would make Mr. IKEA’s Swedish Fish droop with envy. Were it not for the 23 kilo per bag limit that we have on our luggage, I would have dismantled one and tucked it into a duffle.

–SESAME PEANUTS: Where couches don’t fit, peanuts do! That’s why I have a kilo of the delicious crunchy, savory, sweet peanuts coated in sesame seeds tucked into a suitcase right now. To a person, our visitors this year have agreed that this is a treat worth taking home.

–TILE WORK: The Ottomans and the Seljuks perfected not only the art of making iznik tiles based on the designs of nature, but they took their vision a step further in terms of arranging the tiles into a full-on sensory experience. When Byron and I stepped in to the Karatay Medrese (Islamic school) in Konya, for example, we nearly had to lie down on the floor, both to slow the racing of our awed hearts and to get a better view of the stunning composition of tiles. 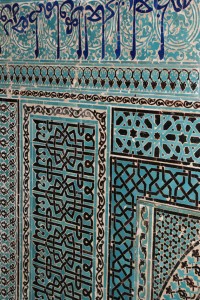 –STEWARDS ON BUSES: Turkish trains are terrible (apparently, railroad workers were paid by the hour, so they “extended their income” by building tracks that are veritable switchbacks, causing a 3-hour trip to morph into a 24-hour trip). Airplane travel in country is doable between major cities, but most itineraries route through the very-western city of Istanbul. Hence, if we hope to fly east from Cappadocia (the middle of the country), we have to first fly west to Istanbul and then fly east—over Cappadocia—from there. The best option of all for seeing the country is to take a bus. Bus routes criss-cross the country and stop in even small towns, thus allowing travelers a wide variety of options. We have enjoyed quite a few long-haul bus trips this year, and during each of them, we’ve lapped up the services of the on-board bus steward, whose job it is to serve tea, coffee, snack cakes; who splashes lemon cologne (essentially, a lemon-scented rubbing alcohol) onto passengers’ hands to keep them sterile; who helps travelers with bags and directions; who makes announcements about upcoming meals at truck stops; who helps those on board tune their personal television sets into just the right soap opera; who points the way to the WC at every stop; who lights cigarettes; who hands over tissues to weeping women who have just received phone calls about a death in the family; who stows luggage; who generally makes everyone on board feel like there’s Someone to Watch Over Me, and even better that he’s sporting a crisp white dress shirt and a bow tie.

–FRUIT AND NUT STORE GIFT BOXES: Let’s face it, we’ve all received a really ugly, hairy sweater from Aunt Agatha and been forced to tamp down our gut reaction so as to choke out an inauthentic, “Um, thank you very much, Aunt Agatha. I’ve always wanted a hairy sweater so that the kids in middle school would have fair reason to notice me.” It’s not that Aunt Agatha means to stress you out; it’s more that she has no idea what you might like. That’s where the Turkish concept of “go into the shop that specializes in dried fruits, amazing nuts, and various other delicacies of interest” rears up as a terrific option. Here’s how it works: well, first you have to find such a shop. But once you have one in your sights, you then just go up to the nice man in charge (or his teenage helper), mime the concept of a box (easier than it seems), and then, with helper in tow, work your way around the baskets in the shop, sampling every last item and indicating when you’d like him to scoop a bit of chocolate-covered apricots, dried kiwi, or roasted almonds into your box. When your belly starts to feel full, you might notice that the gift box is, as well. At that point, the nice man seals up the box, hands it over, and you get to head off to Nephew Jethro’s birthday party feeling confident that he’ll appreciate a kilo of pomegranate-pistachio lokum more than he ever would have a hairy sweater.

–REMINDING US THAT SPIRITUALITY CAN MANIFEST PHYSICALLY: The sema ceremony of the Mevlana, more commonly known as “whirling dervishes,” is hypnotic, atonal, and fascinating. Don’t bring your four-year-old, though. There is no rising action or crisis to hold the attention of those who require a plot arc, nor are there snacks. Rather, there is only the spin, an echo of the turning movement of all things in the universe. 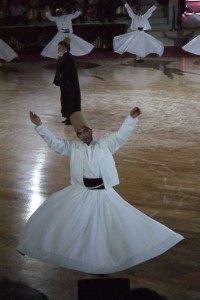 –BEAUTIFUL HANDCRAFTS: We’ve seen fine work everywhere, especially in kilims and the kind of beaded tatting that the village ladies do, but Turkey’s tradition of excellent and unique crafts really came to life for us during our trips to the southeastern city of Gaziantep. There, we visited with men who make Yemeni slippers out of leather, with the creators of sedef (mother-of-pearl inlay), and walked the bazaars filled with the sounds of coppersmiths tapping; what they do is remarkable, and when we read that the university in Gaziantep offers free classes in these crafts—in an effort to keep them from dying off—we began to dream of learning enough Turkish to make ourselves worthy students one day. 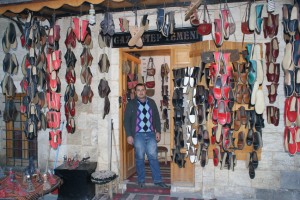 –‘ROUND THE CLOCK BARBERING: Although there are “kuafor” shops roughly every 34 feet in Turkey, the supply can barely keep up with the demand. Even at midnight in our village of Ortahisar, at least six men sit in the chairs of the two barber shops on the main drag. Not only are the Turks a hairy people, they take denuding very seriously. For the men, this means frequent haircuts, shaves, facials, and fireball sizzling away of ear and nasal hair. Don’t get me started on the waxing of backs or more private bits. This is a family blog, Cinderella.

–THE BEAUTY OF ISLAM: This, from someone who’s entrenched in her skepticism of organized religion. But look. The man’s body language is so simple. So free of artifice. The postures of Mulim prayer move me. 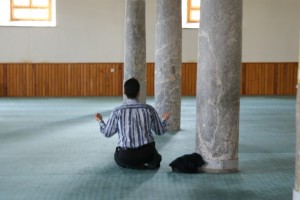 –EBRU: Speaking of Ottoman art, this traditional technique of marbled painting qualifies as one of those “only in Turkey” things. There is water in a pan; there are oils and ox bile and colors from nature; there is tapping; there is combing; there is the dragging of a piece of paper over the whole thing at the end, and then… 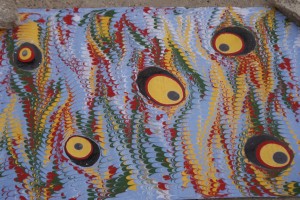 –LUNAR ECLIPSES: And then there was this one night when I had our Turkish friends Deniz and Nazife over, and I was teaching them how to make good old-fashioned chocolate chip cookies, when suddenly the sun and the moon swooned into a slow do-si-do, and we all had to tromp outside, hands slippery with butter, to stand on the terrace and marvel at the dance in the sky. 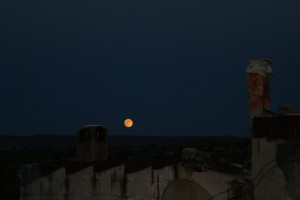 –BALLOON RIDES: Everyone who craved a view from above got one. Cappadocia is ranked second only to Kenya in the world when it comes to quality of landscape and ballooning conditions. Our most fortunate guest, Kirsten, even got to experience a controlled crash landing; in contrast, my mother’s sideways take-off seems tame. 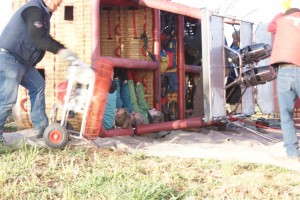 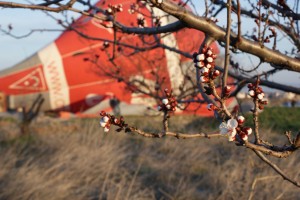 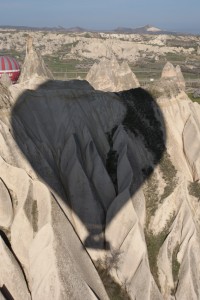 –MANNEQUINS IN ETHNOGRAPHIC MUSEUMS: Just when I thought my quiet obsession with arctic exploration books marked me as special, I went and developed a queer passion for the wacky mannequins staged to show “real life” scenes in every ethnographic museum in the country. Compared to the hilarity of seeing Crazy Grandpa Make Baklava, mere displays of harem jewelry paled. 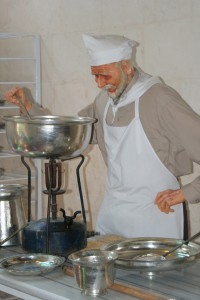 –THREE SEAS: We swam in the Black Sea in the fall, the Mediterranean in the spring, and the Aegean in the summer. All were delightful, but nothing will match the glory of swimming in the Ak Deniz (Mediterranean), hanging out on the beach at Cirali, hiking up a mountain after dark to see the flames of the chimera, and meandering through the ruins of Olympos. For every member of our family, the Mediterranean was matchless.

–TULIP GLASSES OF TEA (çay): The bedstone of Turkey’s gracious hospitality and genuine, simple welcomes is the offering of a cup of tea; the double-decker teapot works a minimum of 30 minutes to prepare this staple, but most Turks get their tea gear chugging in the morning and then work it all day long. Shops have special intercoms and buzzers hooked up to the nearest tea stand so that every customer can feel the appreciation of the shop owner by accepting a glass of hot black tea (two lumps of sugar). Outside of commerce, the ubiquitous tea was offered to us nearly every time we stepped foot outside of our house, most notably by farmers in their garden plots wanting us to halt our daily exercise to stop for a swill. 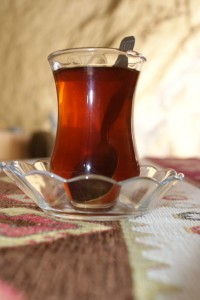 –THE FOOD: Because we started our time in Turkey by eating in restaurants catering to tourists, we weren’t impressed. Byron fared better because his palate runs naturally towards the savory, so being offered beyaz peynir (white cheese along the lines of feta) and olives for breakfast suited him beautifully. Since I don’t like olives, tomatoes, lamb, or eggplant and struggled with much of the pungent dairy, an appreciation of the food took some time. Most menus across the country are based around the same eight or ten offerings which, if one is eating out for a week, quickly get old. Over time, though, we found enough variety that favorite foods emerged: tavuk shish (chicken kebab), tavuk donor (shaved chicken meat on bread), tavuk kanat (grilled chicken wings), durum (meat rolled in a soft lavash bread), piyaz (white bean salad), pide (Turkish pizza), mercimek corba (lentil soup), yayla corba (yogurt soup), “society” manti (meat with sauce rolled into a piece of yufka), and gozleme. For both Byron and me, the flavor combination of the year is plain yogurt topped with a dollop of chili oil and a sprinkle of dried mint leaves. 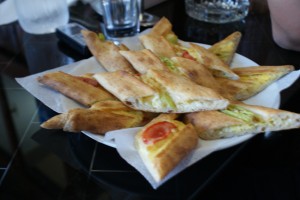 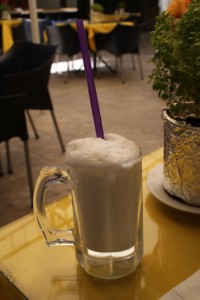 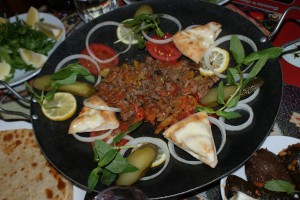 –THE LANDSCAPE: For this, more than anything else, we would return to Cappadocia. As if it weren’t enough that volcanoes dripped lava across the Anatolian plain, the weather then kicked in and shaped the most unbelievable hunks and projections and hoodoos—which were then further shaped by human hands throughout a series of civilizations unmatched anywhere else on the planet. All the fairy chimneys and pigeon alcoves have reminded us, daily, of all the working hands over thousands of years that transformed the landscape not by building upon it but, rather, by removing its innards and using negative space to create homes. 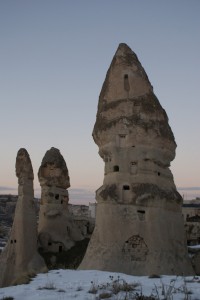 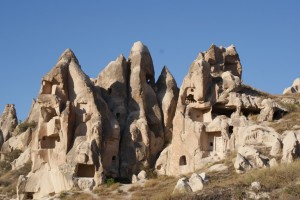 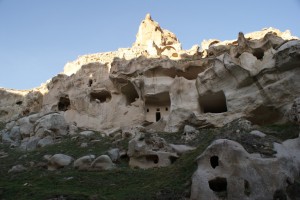 Ultimately, Turkey is a place that confounds summary. It contains too much history—

–and too many smells, flavors, noises, colors created by too many kind people

for words to do it justice.

It yielded far more than the time of our lives.

Thus it is we head home, ready for the next adventure, whatever it may be. 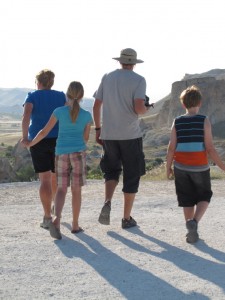 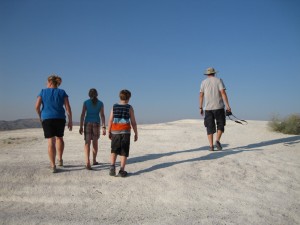 This entry was posted in Blog, put THIS in your gratitude journal and tagged living our best lives, no regrets, shimmering with marvelment. Bookmark the permalink.